Game is not always a bad thing. When you use gaming properly, it can be helpful to increase creativity and nurture the imagination of kids especially. Bloxels allows you to build your own game using … 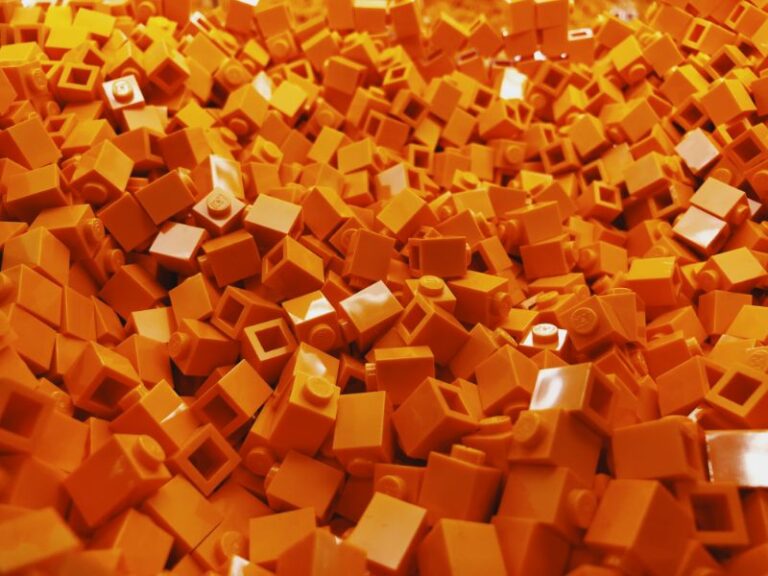 Game is not always a bad thing. When you use gaming properly, it can be helpful to increase creativity and nurture the imagination of kids especially. Bloxels allows you to build your own game using a physical board. You will become a game designer and use a lot of your brain to create your own digital world. Kids can also gain benefit while doing this fun and creative activity. This article will review the major features of Bloxels and share my customer review analysis to tell if actual buyers enjoyed playing with it.

But first, let’s find out the company that created Bloxels.

Pixel Press is a video game developer based in St. Louis. The firm has been around for 6 years since 2013. A focus of the business is developing an interactive way to build video games by using physical objects. Two of the founders, Rath and Stevens loved playing games like Mario Bros. They enjoyed drawing new game concepts on paper and imagined turning them into a real game.

Pixel Press first launched Pixel Press Floors in 2015 before Bloxels. The first product had a similar concept of turning a physical object into a game. The firm chose the easiest and common object, papers, as a medium. Users would use special symbols to draw levels of arcade games. When users finish their drawing, they take a photo of their work and upload it on the iPad. As the app uploads the image, it processes the photo and builds a video game.

To enable this, Pixel Press invented an object recognition technology called Optical Character Recognition. After that, they created another technology that recognizes 3D objects, which is used for Bloxels.

Bloxels is the third invention from Pixel Press. It interacts with a physical board with a 13 by 13 grid. You will put various color blocks. Each of them represents a game item. After putting the blocks on the board, you can take a picture of it using the Bloxels app, and it will create a level of a game. You can further advance your game by building animated characters and villains in the game.

You can follow the steps below to start and play your game.

All From Your Imagination

You are the creator of your game. What is your favorite movie characters or villains? Who do you want to be in a game? You can imagine and realize the imagination in your game without a limit. Bring paper and start brainstorming!

You will use the game board to create a game. You can create main characters, enemies, and art. Bloxels allows you to create 169 different rooms.

You can use your camera on your smartphone to take a photo of the game board. And then, add the game design to your game.

Using the Bloxels app, you can design game maps, bring life to your characters, do some game artwork, and make game elements. The Bloxels app is free.

The Infinity World is a virtual space where game creators can share their work and play others’ game. You will share the coordinates of your design and other users will download it to play your game.

The Bloxels board uses 8 different colors – green, blue, red, yellow, purple, pink, orange, and white. Each of them represents a unique element in the game.

Green is terrain. You can use green blocks to build ground where your character can jump on and run.

Blue is water. The blue blocks will affect the activities of the game character.

Red is hazards. If your character touches these blocks, it will damage the health.

Yellow is coin. Your character can collect coins throughout the game.

Purple is enemy. These enemies can patrol, fly, or just static. They attach your character.

Pink is powerup. This special item gives your character a super ability like invincibility.

Orange is exploding terrain. It is just like the green block, but if you shoot orange blocks, they will explode.

White is a story. You can use them as checkpoints, text bubbles, or the end flag.

These days, many countries around the globe report the shortage of workforce in the STEM (Science, Technology, Engineering, and Mathematics) areas. It is not easy for a kid to pick up an interest in those areas. The problem is those subjects are not fun and difficult, which makes kids lose their interest and want to give up. I believe that beginning is important in learning, and Bloxels may be able to help kids to start feeling an interest in them.

Bloxels EDU was born with that aim. As a parent, I would be happy to give an educational toy to my kids rather than random dinosaur toys or video games. I think it is a good investment. Please note that Bloxels EDU is specifically for school. If you are a parent, not a teacher, you can use the normal Bloxels to let your kids experience the concept of computer programming.

Bloxels EDU is different from the basic Bloxels since it was designed for classrooms. Multiple students will build their own world and share what they’ve created with the rest of the classroom. Bloxels EDU also lets students collaborate to make a single giant game together. With Bloxels EDU, a teacher can control the account of students and check the work from them in one place.

Bloxel EDU handbook assists you to prepare on the first day with instructions and possible questions from your students. It will also guide you to use Bloxel EDU across subjects such as math, science, language, arts, and history. Students do not have to create art from scratch. It has prebuilt elements for art and game so that students can easily jump right into it.

How Customers Think About Bloxels

When you see product introduction from a company, you will always hear great things about it. No company will reveal any weaknesses or defects of the product, obviously. So, as a consumer, it is wiser to doubt what they say and do your own research before making a final purchase decision. In this section, we will learn how actual users think about Bloxels. How can we measure these? We can do this by using data analysis techniques called sentiment analysis.

You don’t have to be scared by the technical term. I did the technical part and you can just look at pretty graphs. In this section, I will show you two types of graphs – word cloud and customer sentiment chart. For the analysis, I’ve compiled more than 650 customer reviews from Amazon and conducted analysis to summarize them. I will show you the result in a word cloud and a customer sentiments chart. And, lastly, I will share a Bloxels Google trend result that shows the level of interest from people.

Word cloud is one of the great and fun ways to understand customer sentiments toward a product or a service. In a word cloud, you can see specific words in different sizes. The larger it is, the more people used that word to describe the product. For this word cloud, I used the titles of the reviews, since people put the essence of their opinions in the title. The 650+ reviews allowed me to generate an interesting word cloud that let me reach a positive conclusion. Check it out!

Understanding the word cloud is easy. Just follow your eyes and see what you see. You will see that most of the big words are all positive. This means that users have had a positive experience with the product. People used words like “fivestars”, “great”, “fun”, “love”, “fourstars”, “greatidea”, and more positive terms to describe this security device. Among these words, “fivestarts” and “fourstars” appeared when customers left feedback with a star rating, but without a review title.

In the word cloud, we were able to observe what descriptive words people used to talk about Bloxels. As mentioned, the word cloud is based on the titles of customer reviews, but the sentiment analysis graph was generated by the contents of the reviews. In the sentiment analysis, we will see more specific types of feeling that people showed in their review. In the analysis, you can see 10 different sentiments such as positive, negative, trust, anticipation, joy, fear, sadness, anger, surprise, and disgust.

The chart is also not difficult to understand. You can see that the positive sentiment is ranked number one. The first rank is followed by “negative”, “trust”, “anticipation”, “joy” and “sadness”. It does have some negative opinions, but overall, people shared more positive sentiments than negative ones. So my customer review analysis told me that the majority of the people have a positive experience with Bloxels.

As the final segment of analysis, let me share the trend of Bloxels. I used Google Trend to check how frequently “Bloxels” is searched on Google over the past year. Google Trend is a useful tool to measure the interest of people. The more frequently people search on Google, the more popular or trendy it is. The Google Trend result below (not visible on mobile phones) below shows that people have shown a slightly increased and continuous interest in this fun device over the period.

Please note that this is the trend from the world. If we break down the trend by country, it looks like below.

The biggest interest came from New Zealand, followed by Australia, the United States, Canada, and Hong Kong. So, chances are you are searching about Bloxels from one of these countries.

Bloxels is a creative and fun tool to build a game using the physical board. It can also be a good basic step for your kids to learn STEM subjects. Considering my customer review analysis, Bloxels seems to be trusted by many users. If you are looking for a gift for your kids, Bloxels can be a great present for you and your children.

If you want to watch how it actually works, please watch the YouTube videos below: