Borders are opening again and more people are starting to travel interstate and internationally. But still, the majority of people have to make a big decision to embark on a journey due to the COVID … 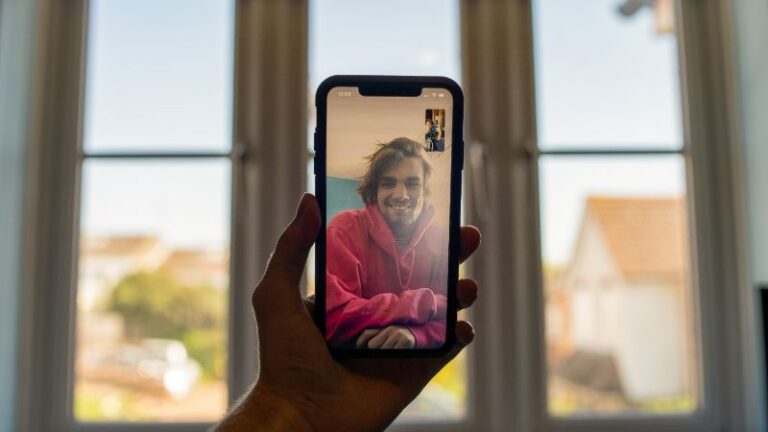 Borders are opening again and more people are starting to travel interstate and internationally. But still, the majority of people have to make a big decision to embark on a journey due to the COVID outbreak and rising prices. As people cannot travel, they more rely on video calls to see their loved family members and friends. Among the apps that allow people to make a video phone call, Facebook and Skype are two of the most popular mobile apps. In this article, we will find out the differences between them and what will work better for you.

If you own Apple devices, you may have already known about FaceTime and chances are you have already used it. Apple users (especially iPhone users) use the FaceTime app to make a video call. Just like a normal phone call, you can make a phone call using the receiver’s phone number. However, FaceTime works only for Apple users. Whether it’s a call between mobile devices (iPhone or iPod Touch) or cross devices, for example, between iPhone and Macbook, you can talk while seeing the receiver’s face.

FaceTime is Apple’s proprietary video call product. It is available on supported iOS mobile devices running iOS version 4 and later. For Mac computers, it runs on Mac OS X 10.6.6 or later. FaceTime supports any iOS device with a camera and any Mac computer with a FaceTime camera. There is also FaceTime Audio that only supports audio calls. To use FaceTime, you need to sign in with your Apple Account (Apple ID).

One of the most interesting features of FaceTime is that you can add Animoji or Memoji. To understand the features, let’s learn what Animoji and Memoji are.

Animoji is 3D animated emoji characters you can use on Apple’s devices. The feature can recognize your face and use the data to create 3D emojis that mirror your facial expressions. You can make and share your Animojis with other Apple users through the Messages app. The concept of Animoji is similar to that of lenses in Snapchat. There are more than 25 Animojis including an octopus, robot, dragon, panda, and more. When you select one of them, the person on the other end can see your Animoji.

Memoji is a personalized version of Animoji. While Animoji completely turns your face into a character, Memoji, for example, changes your hair color, skin tone, or puts on a cowboy hat. You can even change your head shape, eyebrows, eye color, and more. You can use Memoji on FaceTime.

For comparison, let’s find out about Skype. The biggest difference is that Skype can be used more broadly not only on Apple products but also on Microsoft machines. Skype was first launched in 2003 and was acquired by eBay in 2005. Then, in 2011, Microsoft bought Skype to replace their Windows Live Messager. While you can make group calls on FaceTime, it is not known for meetings in a company environment.

Skype has a version called Skype for Business which was particularly designed for team meetings or business conference calls. In addition, Skype is not only for video calls but for chats. You can its instant messaging feature. You can create group chats or directly send text messages to a person. In Skype, you can also make voice calls without having to show yourself. To use Skype, you need a Skype account (or Microsoft account).

Skype has also several interesting and useful features. If you look at these, you will be able to see FaceTime and Skype have quite different features although their main features (video and audio calls) are very similar.

You can use Skype’s virtual backgrounds to hide your actual background. This is a popular feature in other video conferencing app products such as Zoom, Microsoft Teams, Google Duo, Google Meet, and Google Hangouts (discontinued).

In the group video calls for your work, sometimes you will want to share your screen to show your work and help other people to understand what you mean. Skype provides the screen sharing feature.

Although this is not a fun feature, Skype Credits can be useful if you want to use the app to make local and international calls meaning you can make a call to a normal phone that is connected to a phone landline. Skype Credit is a pay-as-you-go plan that allows you to call anywhere and send text messages by paying only when you use it.

Let’s summarize the differences between FaceTime and Skype. They both offer ease of use with a friendly user interface and great video quality for video communication. Apple’s FaceTime is specifically for Apple device users who own iPhones, iPad, Macbook computers, iPods, and more.

Skype, on the other hand, can be more universally used. You can access Skype on your web browser (it is a web app), which enables access across different devices on different operating systems. This means you can use Skype on Android devices like an Android phone as well as Apple devices although the app is a Microsoft product. Skpye users tend to use the app for professional use like business meetings and conferences while FaceTime is more for casual and personal use.

They have unique interesting features. FaceTime has Animoji and Memoji while Skype has virtual backgrounds and screen sharing. Skype Credits is also a useful feature that lets you make landline calls.

In terms of video and audio quality, they can be affected by Internet speed. However, according to this study, Skype is more susceptible to occasional audio lagging and video freezing. FaceTime tends to work great most of the time. This may be related to the face that FaceTime can be used only on Apple devices.

There are various factors to consider to choose one over the other. But, if you want to make a casual video or voice call to your friends or family members and you know they use Apple products, FaceTime will be a better choice since the app is installed by default. To use Skype, you need to download an app or go to the website and create an account, which can be time-consuming for casual chats.

If you want to make a call in a more formal setting with a group of people, Skype can be more suitable since not everyone may use an Apple device. Skype also has business-friendly features such as virtual backgrounds and screen sharing.

FaceTime and Skype both have enhanced the experience of digital meetings without a doubt. What’s great about them is you can make free calls. Skype has a free version and FaceTime is also a free app. Depending on your use case, one can work better than the other. You might want to try both of them to actually experience them and then decide.

Google Drive vs Google Docs: Choose the Right One!