How Does Afterpay Make Money?

Even if you have never used Afterpay, you will know what it is. Or, at least, you should have seen the Afterpay sticker on a store window. It has spread like a wildfire in Australia, … 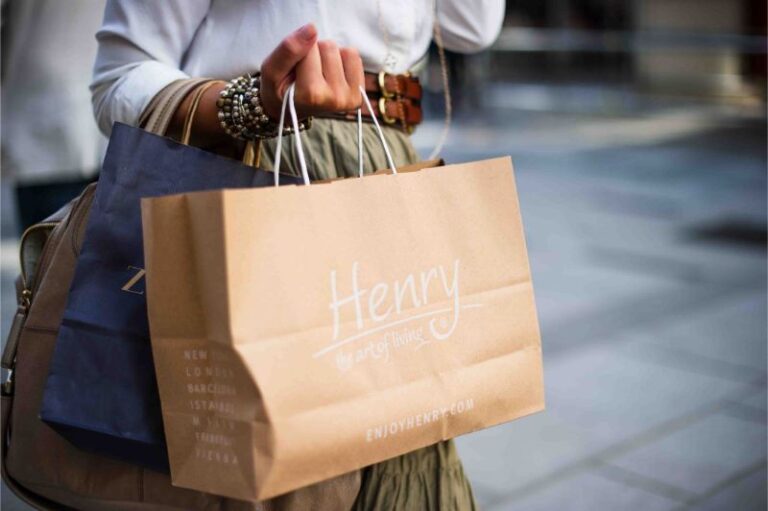 Even if you have never used Afterpay, you will know what it is. Or, at least, you should have seen the Afterpay sticker on a store window. It has spread like a wildfire in Australia, and the business is growing fast, which means Afterpay makes tons of money from people. Then, you might wonder how since Afterpay does not charge you with any interest.

This post will explain the way Afterpay makes money. But, to understand how that works, you should first understand what Afterpay is. After the explanations, I will share my analysis on customer reviews, which will tell you if actual Afterpay users had a positive experience with the service.

Afterpay is a buy-now-pay-later system available in Australia. If a store accepts Afterpay, you can buy products without paying the full price upon purchase. Instead, you can pay in four installments – each in every two weeks. It does not charge you any extra fee when you pay installments on time. It does charge you a late fee if you fail to repay an installment on time. You can simply show the barcode on the Afterpay app to purchase items on Afterpay.

How can I start using it?

The sign-up process is very simple. You can simply download the Afterpay App on your smartphone. It will require you to put your details and add your ID such as your driver’s license or Medicare card. You must be over 18 to be qualified for approval. Once the verification is done, Afterpay will issue a unique barcode on the app. When you make a purchase, you can show the barcode for scanning.

Most of the major stores and retailers support Afterpay. The list is too big to name here. The Afterpay website allows you to search for specific stores and shopping categories. Please visit their homepage to check if a store accepts Afterpay.

How Does Afterpay Make Money?

You now wonder how Afterpay ever get paid because you don’t pay any money (except for the late fee) to them. Yes, you guessed it right. Afterpay passes the charge to merchants. They charge a 4.17% fee on all sales made through the Afterpay platform. Afterpay not only supports purchase at the store but also online purchase.

In exchange for the fee, merchants adapting Afterpay get the following benefits according to Afterpay.

Now we figured out how Afterpay makes money. Then, I would like to ask if Afterpay is growing big enough to be profitable. The short answer is yes. They’ve grown fast to a level that makes some experts worried. One person is Scott Pape of Barefoot Investor, a best-selling personal finance book. He described Afterpay as “the marijuana of credit” on his blog post.

According to his post, the number of Afterpay transactions has grown from 50,000 a month in April 2016 to 1.9 million in June 2018. The sum amount of 1.9 million transactions is more than a whopping $900 million. In addition to his stats, we can also find that their stock price has skyrocketed over the past years.

Five years ago, their stock price was $2.95AUD. As of 5th July 2019, it is 25.59. It jumped more than 850%. A stock price indicates a combination of the performance of a firm in the past and strong growth potential in the future. So, their stock price tells us that they’ve grown and still growing.

So their business is doing well. Then, are their customers happy enough to come back and keep paying via Afterpay as they state on their website?

How Customers Think About Afterpay

When you see product introduction from a company, you will always hear great things about it. No company will reveal any weaknesses or defects of the product, obviously. So, as a consumer, it is wiser to doubt what they say and do your own research before making a final purchase decision or actually start using the service. In this section, we will learn how real users think about Afterpay. How can we measure these? We can do this by using data analysis techniques called sentiment analysis.

You don’t have to be scared by the technical term. I did the technical part and you can just look at pretty graphs. In this section, I will show you two types of graphs – word cloud and customer sentiment chart. For the analysis, I’ve compiled more than 3,500 customer reviews from TrustPilot and conducted analysis to summarize them. I will show you the result in a word cloud and a customer sentiments chart. And, lastly, I will share an Afterpay’s Google trend result that shows the level of interest from people.

Word cloud is one of the great and fun ways to understand customer sentiments toward a product or a service. In a word cloud, you can see specific words in different sizes. The larger it is, the more people used that word to describe the service. For this word cloud, I used the titles of the reviews, since people put the essence of their opinions in the title. The 3,500+ reviews allowed me to generate an interesting word cloud that let me reach a positive conclusion. Have a look.

Understanding the word cloud is easy. Just follow your eyes and see what you see. You will see that most of the big words are all positive. This means that customers have had a positive experience with the service. People used words like “love”, “great”, “easy”, “awesome”, “convenient”, and more positive terms to describe Afterpay.

In the word cloud, we were able to observe what descriptive words people used to talk about Afterpay. As mentioned, the word cloud is based on the titles of customer reviews, but the sentiment analysis graph was generated by the contents of the reviews. In the sentiment analysis, we will see more specific types of feeling that people showed in their review. In the analysis, you can see 10 different sentiments such as positive, negative, trust, anticipation, joy, fear, sadness, anger, surprise, and disgust.

The chart is also not difficult to understand. You can see that the positive sentiment is ranked number one. The first rank is followed by “negative”, “trust”, “anticipation”, “sadness” and “fear”. It does have some negative opinions, but overall, people expressed more positive sentiments than negative ones. So my customer review analysis told me that many people have a positive experience with the payment service.

As the final segment of analysis, let me share the trend of Afterpay. I used Google Trend to check how frequently “Afterpay” is searched on Google over the past 5 years. Google Trend is a useful tool to measure the interest of people. The more frequently people search on Google, the more popular or trendy it is. The Google Trend result below (may not visible on a mobile phone) for Afterpay below shows that people have increasingly shown interest.

I used this Google Trend to review other various products and services. But, I’ve never seen this spike in interest, which supports that Afterpay has become a well established way of payment in the Australian market.

The graph above shows a global trend. If we break it down by country. It looks as below.

So, Afterpay is best for everyone?

Well, no. No service or product can be perfect, and the same goes to Afterpay. Their commission charge of around 4% can be a dilemma to merchants. Let’s think about it. If you buy items on Afterpay, the store will pay a 4% commission losing some margin. Then, as a buyer, you might ask if you can get a 4% discount when you buy some product via cash or debit card. If you are a merchant, what are you going to say?

And, what if Afterpay users don’t repay? Afterpay pays the price to merchants before the full installments get paid to them. So, if customers don’t repay, it is Afterpay that gets the damage not the merchants. According to this blog, it explains that when customers fail to make repayments, Afterpay writes off both the original amount and the fines. The fines, however, are still counted as revenue in Afterpay.

To wrap up, Afterpay makes money by charging commission fee to merchants and late fees to customers. Based on my research, the business is growing and customers have a positive experience with Afterpay overall. If the trend continues, it is likely that Afterpay’s revenue would grow further.

If you want to find out more about Afterpay, check the news coverages below:

What Is Rentstart Bond Loan and What Are Benefits?