This post explains the definition of intrapreneur and introduces 10 inspiring stories that actually happened. As you read through this article, you will be able to learn common patterns that appear across those success stories. … 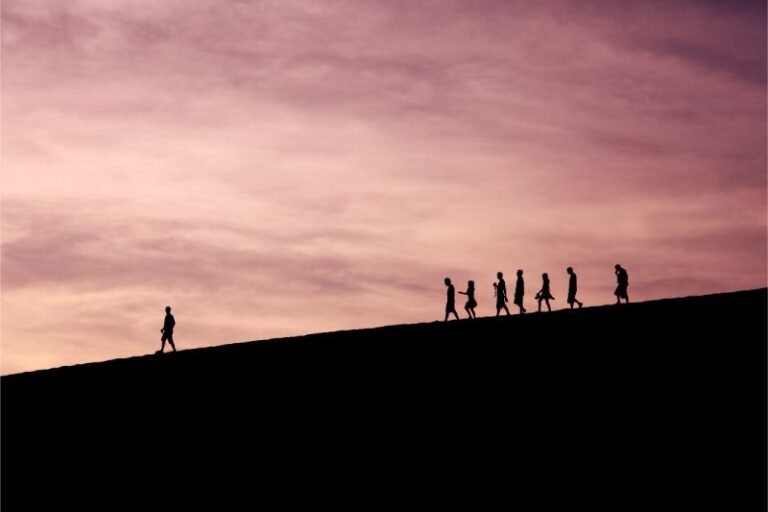 This post explains the definition of intrapreneur and introduces 10 inspiring stories that actually happened. As you read through this article, you will be able to learn common patterns that appear across those success stories. Let’s first start with the definition.

I think you already have some idea about intrapreneur. Yes, you are right. An intrapreneur is someone inside an organization, and it refers to a person who leads a special project or an idea. It is common for employees to participate in some type of project or idea. But, we don’t call them an intrapreneur. That’s why I added the adjective, special. As I researched, I found that there is no clear formula that is applied to intrapreneurship.

Intrapreneurs and entrepreneurs share common traits, and there is no stark difference between them. The definition by Wikipedia also states that “Intrapreneurship is the act of behaving like an entrepreneur while working within a large organization”. So, the biggest difference is the environment where they start working. Entrepreneurs start building a company without enough resources initially. In contrast, intrapreneurs can use resources especially funds and labors.

Although each individual intrapreneur and entrepreneur has different strengths and weaknesses, they have common characteristics. They build and lead changes. There are other properties such as being creativeness and innovativeness. Intrapreneurs and entrepreneurs can overcome fear and uncertainty – the factors that make others stop. Because intrapreneurs are inside an organization, it is the entrepreneur’s responsibility to foster and support the intrapreneurship.

Being able to access corporate resources doesn’t mean that intrapreneurship is easier. Potential intrapreneurs face “Corporate Immune System” according to the Wikipedia page. The term refers to corporate structures including hierarchy, bureaucracy, practices, rules, routines, and more that have been cemented throughout corporate history. Under these circumstances, an intrapreneur experiences difficulties to materialize his or her idea and to officially gain support from the company.

Not everyone can exercise intrapreneurship and not every organization can nurture an intrapreneur. What is the start? This topic gave a question similar to “which came first, the chicken or the egg?”. Does a person show intrapreneurship because the person is born to be that way? Or is it possible because a company constantly makes efforts to foster intrapreneurship among employees?

The answer might disappoint you, but I would say it is the combination of both. A potential intrapreneur with the right characteristics should meet the right corporate culture. You will be able to see this as you read through the real intrapreneur stories.

This section will tell you inspiring intrapreneur stories through which you can find common patterns. These examples can help you to better understand things about intrapreneurship because it is about execution not theory.

Let me start with quite a unique success story I read in a book, Disrupt You by Jay Samit. The author also was a Sony intrapreneur who lead the efforts of starting Sony Connect, a Sony equivalent of iTunes. The story is unique in that he did not gain corporate support, but rather brilliantly found a way to fund his project by using OTM (Other People’s Money). In 2004, digital contents market was immature, and Sony’s top management didn’t see the value of it. Jay, however, believed that it has massive potential, so he decided to take on the journey without Sony’s support.

In that year, there were two unrelated problems making the headlines in the newspaper – McDonalds’s and United Airlines (UAL). That’s when many airliners faced a downturn after the 911 attacks, and the company filed bankruptcy protection in December 2002. At the same time, McDonald’s was suffering from a backlash triggered by a documentary, Super Size Me. It is a film that a 32-year-old guy ate McDonald’s three times a day for an entire month. His weight went up by 24.5 pounds (11.1kg) and his cholesterol jumped to 230. The film ended with the sarcastic question, “Who do you want to see go first, you or them?” It was a severe blow to the food chain’s marketing and brand.

Jay witnessed these problems and thought he could use them to fund his project. The answer was to find a solution for UA and McDonald’s. His plans were making UA’s frequent flier miles usable in the Sony Connect store. Plus, every sale of Big Mac would come with a code for a free music download. And, to promote these, the three firms executed a giant PR stunt that the press would want to write about. Most importantly for Jay, it posed an opportunity for him to launch and promote the digital music store using the other companies’ resources.

It was amazing to see how it unfolded. At thirty thousand feet, singer Sheryl Crow performed the “Concert in the Sky” on a UA flight from Chicago to LA. Sony and UA invited the press with nine cameras and filmed the concert. The plane was painted with the Sony Connect logo, and when the plane landed at LAX, the passengers and crew had their picture taken on the tarmac in front of the logo. UA enjoyed positive front-page news all across the globe. In the stories, the Sony Connect music service was front and center.

Simultaneously, McDonald’s started a very creative television spot that showed how the world became one giant music video every time a person held a Big Mac. The commercial (Justin Timberlake featured!) went on air in nine countries and explained that every box of the burger had a code for free music tracks that were downloadable from Sony Connect. As a result of these giant campaigns, Sony Connect experienced 3,000 percent traffic growth, and 79 percent of the new users came back to buy more music within the first week. Later that year, Sony and McDonald’s won the prestigious Promotion Marketing Association’s Gold Reggie Award.

I dedicated more space to introduce this story because it shows an intrapreneur with sheer will achieves a goal in spite of challenges.

The CBS News article shares several intrapreneur stories. You may have already known the story of Kodak failing to adopt in the digital era. In 2006, Kodak’s stock plummeted while other digital players embraced the digital age. In 2007, the camera filmmaker declared they were entering the consumer printing market. Inkjet printers were nothing revolutionary and plus entering an unfamiliar market meant that the company would meet unfamiliar challenges.

Cheryl Pohlman worked in Kodak’s marketing department, and she was selected to lead the effort. Between 2003 and 2006, her marketing team performed thorough research to find customer dissatisfaction with the inkjets in the market and narrowed down the finding into three main points. And, I believe that these complaints are something you still experience in the year, 2019: first, the ink is expensive, the print quality is poor, and it is sometimes not easy to use. Her thought was that if Kodak releases printers, customers would associate them with good quality thanks to the brand image and the firm had the knowledge to produce user-friendly machines.

However, the best appealing point she planned was price. In her interview with CBS, she explained that her team knows that print users don’t print their photos due to expensive ink cartridges, and Kodak decided to manufacture 50 percent cheaper inks than their rivals. The result was consumers being able to buy $25 inks instead of $60 to $80 from unfamiliar brands such as Konica and Elite Image. In 2007, the firm sold 520,000 units and helped sales to grow by 17% in the 4th quarter of 2007.

I found that this story is interesting. Scott Gats was responsible for kickstarting Yahoo’s RSS program. He thought that Yahoo needed to move to a sponsored search model that Google currently is doing. When you search on Google, you see sponsored ads at the top page. When he presented his idea to the executive in 2001, Scott believed that he will become in charge of the project. Instead, then CPO (Chief Products Officer), Tim Brady, asked Search VP, Jeff Weiner, to lead the project. He got upset.

But as the project moves forward, he learned that he would have been failing if he had been given that responsibility. The sponsored search project needed managing hundreds of people and leading a business generating several hundreds of millions that later became billions. He realized that he didn’t have enough experience to deal with these. After the project, he was thankful to Jeff for letting him learn so many things – a good example of a company nurturing a great intrapreneur.

4. Alicia Ledlie, Walmart, Lead the Idea from Someone Else

She was a co-manager of a Wal-Mart store in Long Island, New York, and she learned about a possible venture at an Arkansas headquarters conference. It was in-store health clinics. Alicia immediately knew that it had huge potential because she witnessed many customers who shopped in her store had to go to the emergency room every time they got sick. Those people didn’t have insurance. She applied for the new team and was hired in 2006. Even without healthcare experience and although the health clinic idea didn’t come from her, she took on a leading role.

She oversaw the implementation of more than 79 instore clinics across 12 states. In addition to the original idea, the project lead included a new service to offer drug test for Wal-Mart job applicants. Ledlie knew that all new hires should have a drug test within 24 hours from a job offer. As new employees started working in the store, it was difficult to travel on public transportation to get the test. It was an immediate success that store managers no longer had to lose the newly-hired due to the inconvenience.

Healey Cypher was the chief of staff of global product management. In less than a year since he took the role, he felt that eBay was missing out a big business opportunity. Back then, the online retailer offered only online commerce services to its customers. In spite of the Internet retail growth, the majority of purchases were made at physical stores near the consumer’s home. Due to the demand, many eBay retailers wanted a physical retail presence, and Cypher well noticed that.

After a discussion with the then CEO, Cypher organized a team of engineers to develop tools that can create an eBay presence in offline stores. Initially, the engineers created an interactive store in Toys’R’Us. Over the next two years, they did the same for TOMS, Sony, and Rebecca Minkoff. Their initiative achieved a major success, which led to the creation of a new division of eBay allowing employees to solve problems. This resulted in a healthy corporate culture that could nurture great intrapreneurs for the future.

Lessons from the Stories

From the success stories, we were able to learn some patterns that come down to:

This post shared the definition of intrapreneur with 5 interesting real-life stories. As I researched the topic, I learned that intrapreneurs are those having the right characteristics backed by corporate support. They have grit and have the ability to push forward despite stumbling blocks ahead.