In this post, we will learn the major benefits of Siggi’s Yogurt and we will see how the majority of the customer felt about the yogurt. In addition, we will see the search trend on … 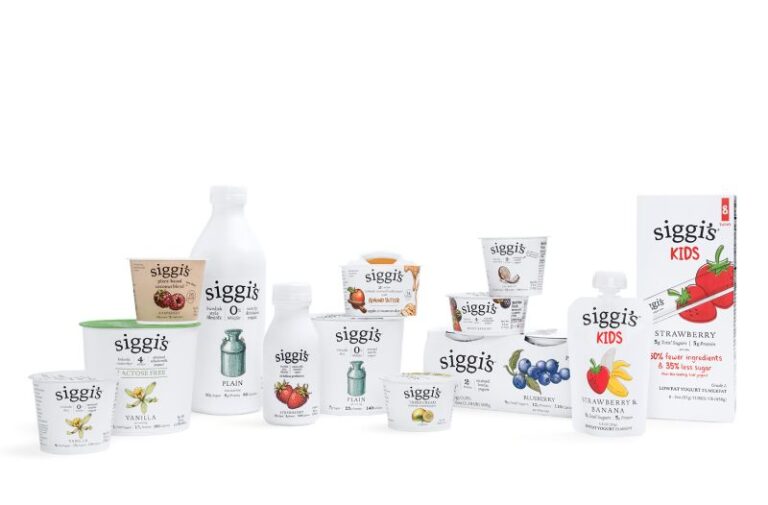 In this post, we will learn the major benefits of Siggi’s Yogurt and we will see how the majority of the customer felt about the yogurt. In addition, we will see the search trend on Google, which can indicate the popularity of the product.

A great product often is born from a good story. Most of the stories involve an attempt to solve someone’s problem. Siggi’s yogurt also came to life thanks to a problem of the founder, Siggi Hilmarsson, who had nostalgia for the yogurt he enjoyed in his home country, Iceland. When he moved to the U.S., the yogurt products he could find were different from his home town counterpart. The Islandic yogurt was skyr, a thick, creamy, high-protein yogurt, while the yogurts in the U.S. were too sweat for him. So, he decided to make one.

In 2005, he started his journey of making his own yogurt and finally showing Siggi’s yogurt to the country. In 2006, Siggi began selling the yogurt at a local market in New York. In 2007, he was contacted by Whole Food Market that expressed interest in the low-sugar concept and the products. In 2008, Siggi’s yogurt appeared in half of the Whole Foods stores across the country. For the next 12 years, his business expanded and grew, which became the Siggi’s yogurt of today.

If we consider he started his business from 2005 until today, there must be good reasons behind the lasting success. I believe that the 15-year history is possible thanks to the product quality. Siggi’s yogurt is in the consumer market, which a product quality plays a critical role. Let’s find out what major features allowed the Icelandic yogurt to sustain and grow its business.

If you look at the Siggi’s website, you will love how various skyr yogurt variations they have to meet your health demands.

According to Siggi’s, normal yogurts in the market can have up to 25g of sugar per serving. Their non-fat yogurt has less than half of the amount – 8 to 11g per serving – and the sweet taste of the non-fat yogurt is made by all-natural sweeteners like agave or cane sugar.

Siggi’s yogurt is produced based on skyr that is traditionally fat-free. But, Siggi’s explains that it has been a traditional practice to add some cream back into yogurt for a richer taste. Siggi’s low-fat yogurts contain 2% milk fat for the richer flavor.

If you prefer the even richer flavor, you can try whole milk yogurt. Adding fresh cream into your skyr is a traditional way to enrich your yogurt in Iceland. Siggi’s tries to recreate the richer experiences by using whole milk and small cream. The whole milk option contains 4% milk fat.

Siggi’s has a lactose free version that contains 4% milk fat.

This variation does not have added sugar. Siggi’s used the fruit to add sweetness and flavor and avoided using artificial ingredients. Each cup contains only 4-5g sugar and 10-11g protein.

Siggi’s introduced that when Siggi was a kid, his mom used to mix plain skyr with whipped cream and put fruit to create rich concoction he enjoyed. Their triple cream version is a re-creation of his mother’s recipe.

Siggi’s yogurt has a variety of options depending on your health needs. They also have good variations in yogurt flavors per each option. Please note that some flavors are not available in other options.

The Siggi’s website does not show price tags for their yogurt products. According to this Vox article, prices can be different by region. At Whole Foods in Washington, DC, an individual cup (5.3 ounce) costs about $2 while other normal yogurts are around $1 per cup.

When you consider buying a product or using a service, you will wonder what experiences other buyers had. Investigating the reviews of other users can lead to a better decision, and it is a wise thing to do as a consumer. If people are dissatisfied with it, they will complain about it and won’t recommend it. If they are happy, they will leave positive comments and share their great experiences. If we can compile and analyze those reviews, we can have an assurance about the product or the service.

That’s what I am going to do for you. I used over 1,500 reviews that people left on influenster. I summarized those data to generate easy-to-understand graphs and charts. Those visuals will allow you to understand the overall sentiments the customers had toward Siggi’s yogurt. They are also easy to understand.

In a word cloud, some words will appear bigger because those specific words were more frequently used among customers. So, the bigger the more frequent, thus, if those big words are positive, it proves that most of the customers had a positive experience. Have a look at the word cloud of the Siggi’s yogurts.

The word cloud above should have given you a good impression of their products. The most frequent word that actual customers used in their reviews was “love”. Other big words are also positive – “like”, “great”, “good”, “delicious”, “favorite”, and many more. Just by looking at the word cloud, we can learn that most of the people were satisfied with the skyr yogurt.

Among the word above, there are some neutral words that the customers frequently mentioned. Let’s find out in what context there were used. First, “vanilla”.

“I used the vanilla for my smoothies and it came out delicious.”

“I usually don’t like vanilla flavored anything yet I love this one 🙂 they are all great.”

“The only vanilla yogurt I will eat. Thick and creamy. Real vanilla bean and also not too sweet!”

“Love this yogurt because it’s not filled with sugar like other yogurts.”

“Low calorie and high protein is very hard to fine. Also it’s hard to find flavored yogurt that doesn’t give you sugar overkill.”

“Good yogurt for those especially who don’t want a lot of sugar in their yogurt.”

“It is also less tart and the large amount of protein is a big plus, as that is something that I normally lack in breakfast!”

“Low calorie and high protein is very hard to fine.” (from other yogurt products)

“I love the protein amount in these yogurts as well. Being lactose intolerant surprisingly this 0% milk fat doesn’t effect me.”

There were many more flashy reviews from customers that used the neutral words in positive context.

I was able to run my sentiment analysis code to find out what specific sentiments people had over Siggi’s yogurt. As we could guess from the word cloud, more than half of the review contents were positive. Of course, people shared negative experiences. I haven’t seen any review that is all positive. Despite the negative reviews, overall, people left positive comments on the Icelandic yogurt.

Another type of analysis I often use for a product review is using Google Trend. It is an extremely helpful service by Google that gives you a historical Google search trend. The idea is that if a product or a company can maintain or can increase its search volume over many years, it supports the quality of the product. If a product is bad, people won’t show their interest and eventually will never search for the product anymore. Then, how is the trend of Siggi’s Yogurt? Plus, how has people’s interest in general been changed?

If we break down the trend by country, it looks like the below.

If you click the three horizontal lines-stacked icon at the right bottom, it will turn to a rank. This tells you the biggest search volume came from the United States, followed by Australia, Croatia, Canada, and the U.K. You may be from one of the countries I guess.

We saw this word, skyr, many times in this post. And you will see it even more on their website or other articles introducing Siggi’s yogurt. What is skyr? Wikipedia explains that skyr is Iceland’s cultural dairy product. It has the similar characteristics of Greek yogurt, but a milder flavor. Skyr can be described as a fresh sour milk cheese but is consumed like a yogurt. It has been one of the Icelandic cuisines for centuries.

The flagship product of Siggi’s is skyr yogurt that I explained above. Siggi’s, however, has 4 more product options.

In Sweden, there is a drinkable yogurt with a soft and buttery flavor. The drinkable yogurt type is known as a staple of the country. It is tasty on its own. But you can pour it in smoothies or over granola or fruit. It has a raspberry flavor only.

Siggi’s plant-based yogurt focuses on containing natural ingredients. This variety has 3x more protein and 40% less sugar than other yogurt alternatives in the market. On average, Siggi’s plant-based products have 1.6g sugar per oz and 1.9 protein per oz. This yogurt options have the following taste options:

Siggi’s didn’t forget very important customers – kids. Siggi’s kids yogurt has 50% less sugar and 30% fewer ingredients compared to the other leading kids yogurt products in the market. The kids version comes in either pouches or tubes. The pouches have:

As I researched Siggi’s yogurt, I found that the company is proud of saying that their yogurt lines have a shorter list of ingredients. It was first counterintuitive because I thought more ingredients would be better. But I was wrong. Siggi’s introduced the 5 fundamental tips of how to choose a good yogurt.

Siggi’s explains that there are two essential ingredients to make dairy yogurt – milk and bacterial cultures. This means that other ingredients except the two are not fundamental but are for adding flavors, colors, or some other artificial elements in yogurt. Some yogurts can contain up to 18 ingredients. So, be wary of a long list of ingredients.

I don’ have to emphasize the benefits of natural ingredients vs. artificial ones. Try to find yogurts produced with real fruit and ingredients you can recognize.

I believe that you already consume enough sugar from various sources during the day. I don’t think it’s fair if you have to worry about sugar amount in yogurt. Siggi’s points out that some yogurt products contain a similar amount of sugar as soda. Try to pick a yogurt with lower sugar (11 grams or less per 5.3oz serving). And, without sweeteners like Stevia that can distort your palate to make you want more sweeter foods.

The culture is an essential part of yogurt. Select only those that contain live and active cultures for your gut health.

Not all yogurt products have high protein, and many non-dairy products have no protein at all. Greek and Icelandic yogurt -strained kinds – have more protein than regular yogurt. Try to choose a yogurt with higher protein than sugar on the ingredient label

This post introduced the major features and benefits of Siggi’s yogurt. My customer review analysis revealed that most of the people had a positive experience with the Icelandic yogurt. The Google trend analysis supported the consistent popularity of the products. All combined, I think you would enjoy Siggi’s thanks to their taste and health benefits.