This urBeats3 review post explains the major features of the wired earbuds. As you read through, you will be able to learn how the buyers of the product felt about the beats product, which can … 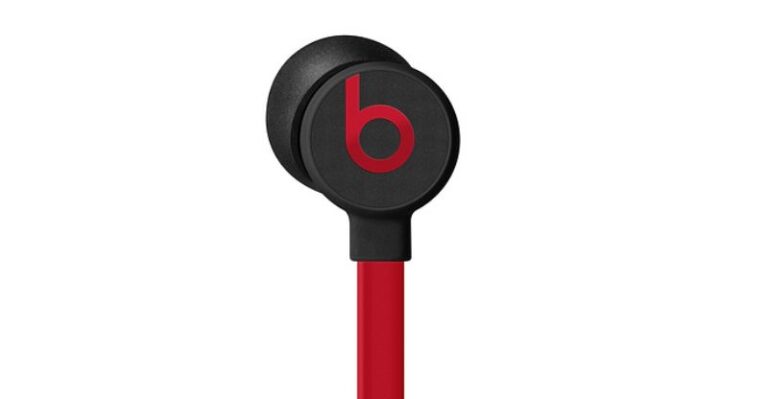 This urBeats3 review post explains the major features of the wired earbuds. As you read through, you will be able to learn how the buyers of the product felt about the beats product, which can be used as a good indicator of the product quality. Plus, you will also learn the global trend of people’s interest over urBeats3 over the past 3 years. Let’s first find out the major features.

When I researched the earphones, there were mixed reviews about the product. Some people say it is terrible for bass, but the others say it is great considering the entry-level price point. First, I will list the major features that the firm claims. We will discover in which side the majority of the actual buyers stand.

Beats by Dre explains that the urBeats3 provides an exceptional listening experience thanks to its fine-tuned acoustic design. In addition to the design, you will be given various ear tip options that fit your ears and isolate noise.

I often like their designs. They don’t overdo their design while maintaining the simplicity and a smart look. I can see that their principles applied again to urBeats3. The firm says that the ergonomic design allows all-day comfort. They also considered convenience by adopting tangle-free flat cable and magnetic earbuds for easy portability.

It has a wide range of color options:

The urBeats3 cable has an inline remote that allows you to control music and volume. With the remote controller, you can answer the phone using the inline mic. Plus, you can activate Siri with RemoteTalk.

I want to include the price of urBeats3 as one of the major features. As of January 2020, urBeats3 was priced at $49 on Amazon. This is a great price for a Beats product. The product, however, was $59.95 on the Apple store.

In terms of sound quality, design, and control, it sounds like it’s a good product. Of course, the maker of a product would never say bad things about their creation. That’s why I want to compile customer reviews and analyze them to draw the most objective review.

When you consider to buy a product or to use a service, you will wonder what experiences other buyers had. Investigating the reviews of other users can lead to a better decision, and it is a wise thing to do as a consumer. If people are dissatisfied with it, they will complain about it and won’t recommend it. If they are happy, they will leave positive comments and share their great experiences. If we can compile and analyze those reviews, we can have an assurance about the product or the service.

That’s what I am going to do for you. I used more than 900 reviews people left on Amazon and summarized those data to generate easy-to-understand graphs and charts. Those visuals will allow you to understand the overall sentiments the customers had toward the headphones. They are also extremely easy to understand.

In a word cloud, some words will appear bigger because those specific words were more frequently used among customers. So, the bigger the more frequent, thus, if those big words are positive, it proves that most of the customers had a positive experience. Have a look at the word cloud of the earbuds.

The word cloud above should have given you a good impression of their products. The most frequent word that actual customers used in their reviews was “great”. Other big words are also positive – “good”, “quality”, “best”, “worth”, and many more. Just by looking at the word cloud, we can learn that most of the people were satisfied with their product.

What’s noteworthy is the words, “worth” and “price”. You may have already known that urBeats3 has a low-range price tag. First, people liked the price, and many said that it was worth the money. I believe that this is a positive aspect of the product.

I was able to run my sentiment analysis code to find out what specific sentiments people had over the product. As we could guess from the word cloud, more than half of the review contents were positive. Of course, people shared negative experiences. I haven’t seen any review that is all positive. Despite the negative reviews, overall, people left positive comments on urBeats3.

Another type of analysis I often use for a product review is using Google Trend. It is an extremely helpful service by Google that gives you a historical Google search trend. The idea is that if a product or a company can maintain or can increase its search volume over many years, it supports the quality of the product. If a product is bad, people won’t show their interest and eventually will never search for the product anymore. Then, how is the trend of urBeats3? Plus, how has people’s interest in general been changed?

The blue line shows the interest trend of urBeat3 from the whole world over the past 3 years. In its early stage in late 2017, it started with a decent amount of interest. It maintained the uptrend until the end of December of 2018. That month was the peak, and after that, it went down.

Another peak happened in late 2019. It seems like people got interested in urBeats3 in the year-end season. It would be interesting what will happen in the next year. The trend line was from the world. If we break down the interest by country, it looks like below.

During that period, the biggest interest came from Hong Kong, followed by Singapore, Canada, Taiwan, and Australia. So, chances are you are from one of the countries. This is a good indication that the product has been able to maintain global attention.

This section is a bonus for beats lovers. It is a well-known fact that beats products are strong in beats. This 10 songs are not my personal pick, but I referred to the billboard post, The 10 Greatest Hip-Hop Beats of All Time. The rank order is in reverse.

Billboard introduced the song, “A Milli”, as the 21st century’s most influential beat. Bangladesh, the producer, sparked a new wave of trap that is characterized by repetitive vocal samples. I heard the song on Spotify. As Billboard explained, the beat was really simple.

Timbaland is known for creating unique beats that sound like the future. This song came out 10 years ago, but with its stuttering beats, it still sounds like a recent beat. The chemistry between Jay Z and Timbaland created this masterpiece.

8. Snoop Dogg featuring Pharrell, “Drop It Like It’s Hot” by The Neptunes

Even if you are not a hip-hop fan, you may have heard these beats starting with unforgettable mouth clicks and finger-snaps. This song shows a good example of minimalism. They didn’t use any splendid instruments or effects. With the minimal beats and unique fillings, it beats you hard more than other songs.

7. Puff Daddy and the Family, “All About the Benjamins” by Deric “D-Dot” Angelettie

Billboard introduced “All About the Benjamins” by Deric “D-Dot” as the peak of The Hitmen’s output. You will instantly like the slow guitar lick that’s from Love Unlimited’s “I Dit It For Love”. By re-making the guitar sound with whizzing beats, this song was known as one of the producer’s masterpieces.

The most distinctive characteristic of this music is its background sound that’s woven by piano melody. This song was picked as one of the most of Wu-Tang’s iconic songs by Billboard. The harmony of swinging drums, boom baps, and the piano melody makes this song a masterpiece.

The song, “Shook Ones Part II”, is considered as a peak of Havoc’s work. The music was created by utilizing the samples of different songs by Quincy Jones, Herbie Hancock, and Daly Wilson Big Band.

We cannot miss the symbol of urBeats3 – Dr. Dre! The hip-hop musician is known for classic beats for his albums. Billboard introduced the song, “Nuthin’ but a ‘G’ Thang”, as the epitome of the West Coast G-Func sound. His beats inspired a wide range of artists such as Snoop Dogg, Gwen Stefani, and Eminem.

You need to know two things about this song. It has an instrumental harmony that binds bass line, choir, and saxophone together. It has an inspiration behind it, which is the unexplainable death of a close friend – Trouble T.R.O.Y who was a Heavy D backup dancer. The rap beats of the song later inspired producers like Kanye West and J. Dila.

Billboard explains that DJ Premier is arguably the best hip-hop producer in history and this song. This song may be his finest one that represents him. This type of beats has been called “boom bap”, and the drum beats that start this song is also arguably considered as the best album opener of all time.

This hip-hop song has been picked by Billboard as the best sample-free rap beat ever. The combination of synthesizers, guitar plucks, and timbale fills has been recognized as the prototype for sociopolitical conscious hip-hop.

In this section, I listed the top 10 best hip-hop songs that I thought you could try with a beats headphone or earphone.

It can be quite subjective when it comes to experiences with earphones or headphones. But, my urBeats3 review based on customer reviews data revealed that many customers enjoyed using the earbuds. Considering its affordable price tag, I think it is not a bad idea to try this product.

Just in case you want to watch unboxing videos, I put some links below.

How to delete an unopened snapchat with a video guide